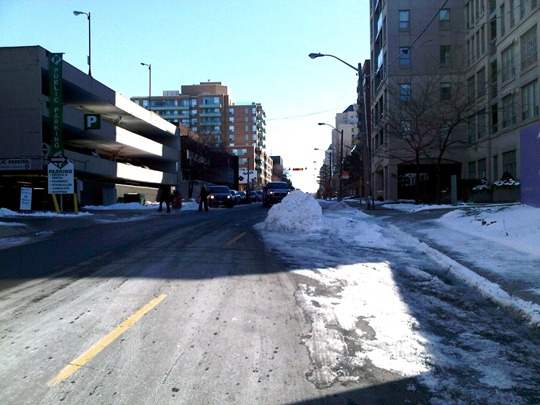 Sometimes the best traffic engineering ideas are the ones that appear naturally. While visiting a client yesterday, I encountered this pile of snow that was blocking the entire right lane of this street (as you can see in the photo above).

The only traffic calming measure on this side street is a single pedestrian crosswalk, so it isn’t uncommon for motorists to drive faster than they should on a quiet side street like this one.

So it was refreshing to ride my bike up to the client’s office only to find drivers exhibiting extra caution on this street – since only 1 direction of traffic could pass the pile of snow at a time.

Residential streets in Toronto are normally littered with stop signs – which were primarily installed as traffic calming measures to slow down automobiles. But the traffic engineers took it too far and put stop signs everywhere, resulting in unnecessary constant stop-and-go traffic.

Using a “bump out” like this is a great way to slow down traffic without making everyone come to a complete stop when there is nobody else around.

It also keeps drivers more alert because they need to yield to on-coming traffic. 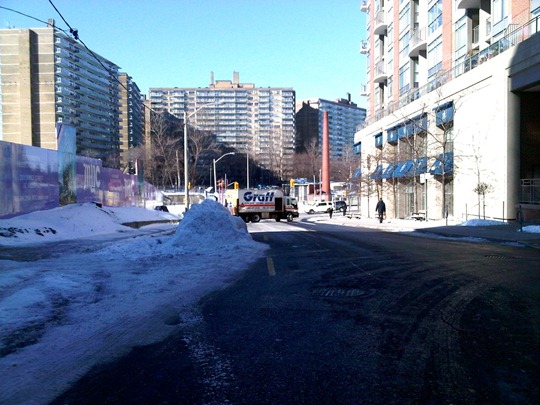 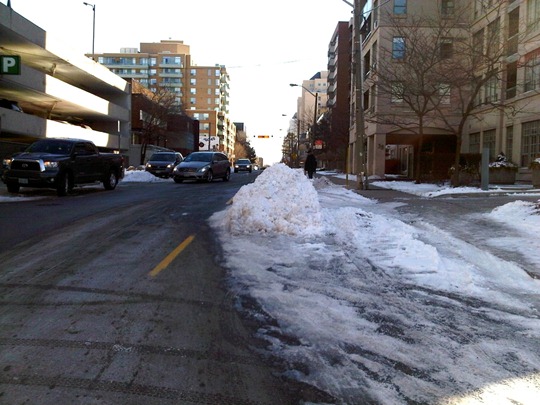 The first thing that came to mind when I saw this snow pile was an article that my friend Mikael posted after visiting a small town in Denmark the other week. Except in Mikael’s case it wasn’t snow that was calming traffic, but rather a man-made bump-out that only allows one direction of traffic to proceed.

Here are two of Mikael’s photos from his article “Provincal – Bicycle Infrastructure”: 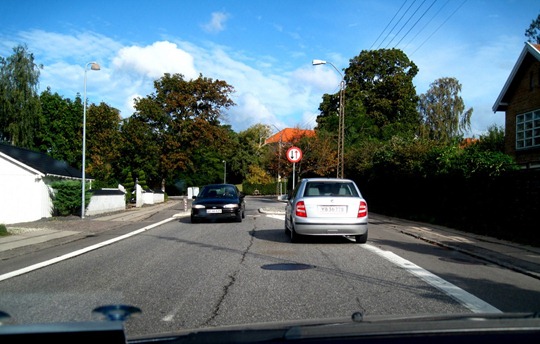 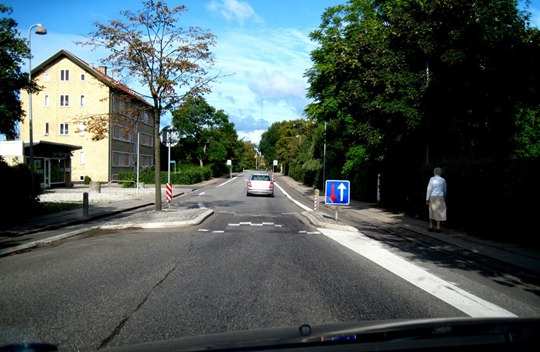 As you can see from Mikael’s photos, bicyclists are allowed to proceed past the bump-out, because as we all know there is no need to slow down bicyclists – bicycles aren’t built to go over 200km/h like automobiles are.

The snow bump-out I encountered also reminded me of this road surface usage analysis that results from snow – as discussed in an article last Friday by fellow bicycle blogger Gary L. Howe. 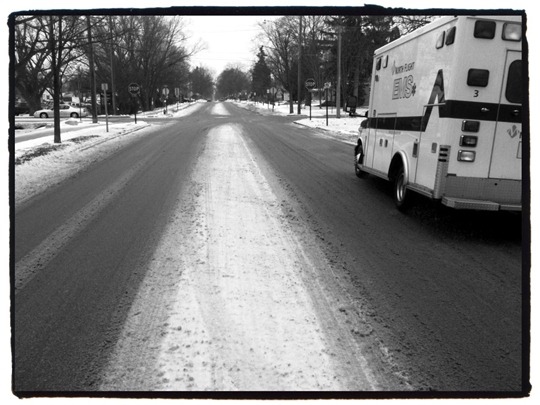 Photo courtesy of Gary L. Howe / My Wheels Are Turning

As you can see from Gary’s photo, there is plenty of space on this Michigan residential street to provide proper space for bicycles.

Perhaps they could also lose the stop signs by installing mini ‘round-abouts’ or even bump-outs with yield signs.

Bump-outs are a great way to slow down traffic without slapping down unnecessary stop signs every 50 metres – and they seem to work well when built properly.