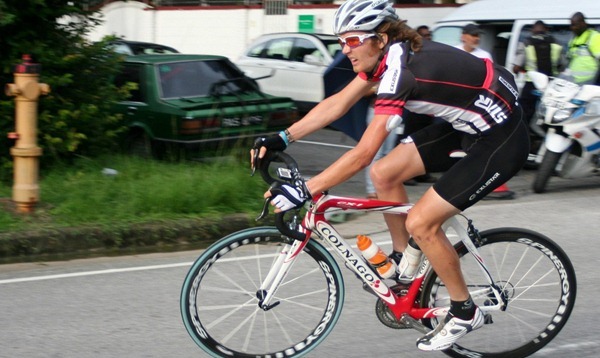 Kent over at Kent’s Bike Blog recently wrote a brilliant piece that illustrates how shopping for bicycles is less about practicality/pragmatism and more about sport & performance. To emphasize this point, Kent uses a parable where he fictitiously goes shopping for an automobile.

Here is an excerpt:

So I cycled over to one of my local “car” dealerships to see about purchasing an automobile and what I found was quite enlightening. When I first entered the shop a young fellow there was vigorously engaged in conversation with a customer about the merits of one particular transmission brand over another, something about how the latest electronic syncromesh whosits made last year’s syncromesh hopelessly obsolete and how he couldn’t believe anyone would still considering driving such junk.

This discussion went on for quite a few minutes so I kept myself busy by examining the various automobiles displayed in the shop. They were shiny and looked expensive and frankly I had no idea exactly made one better than the other or why I might want to select the red one over the blue one. Eventually the car fellow noticed me and asked if I had any questions. “Oh yes,” I assured him I had plenty of questions. “I’m looking to buy a car,” I began.

“NASCAR or Formula One?” the fellow queried.

“What kind of racing are you going to do?” the man asked.

“Uhm, I wasn’t thinking of racing, more like maybe driving to the store. I understand people do that?”

The man sighed. “Well,” he explained, sadly, “you could do that. I mean, some people do, but once you get a car, you’ll want to race. You’re really better off getting something race-worthy to start with.”

“Really?” I asked. “I was thinking I’d probably just drive around in my normal clothes.”

“Oh no,” the man laughed, “you’ll want driving clothes. We have a nice selection in a variety of bright colors with a variety of logos on them.”

Looking at the floor of the car I was surprised to see there was no gas pedal. “Isn’t there supposed to be something I push with my foot to make it go?”

“Oh,” the man explained, “the nicer cars don’t come with gas pedals. That way you can select your own. We can install a test ride gas pedal for you…” He then went on to explain the virtues of the various gas pedal systems, how they would hold my foot in the optimal driving position and that all serious drivers had such gas pedals. I could get a simple pedal if I wanted to but…

I opted for the gas pedal that the car man assured me that he himself used.

The topic of bicycles being perceived as recreational and racing toys comes up often on this blog.

When I was in the market for a bicycle back in 2006 I had decided to go with a racing bicycle; primarily because I only had space for one bike and I needed a bike to do a long trip.

I have since discovered the comfort and convenience of sturdy, upright urban bicycles that can be left outside year-round, and I also came to the realization that heavy bicycles are comfortable for long trips too.

The pressure to go with a racing bicycle is partly due to the fact that a significant number of bike shops in North America cater to the high-end racing culture. The economics make sense – there are plenty of wealthy men and women (mostly men) who will readily spend several thousand dollars on racing bicycles and the gear that comes with the racing culture.

There is nothing wrong with this of course, but it is nice to have choices and not be pressured to buy a racing bicycle and all sorts of unnecessary gear when all you need is a reliable city bike to run your errands in your regular clothes.

The problem is that because there have historically been so few stores selling sturdy commuter bikes, they aren’t well recognized, and thus there hasn’t been much demand for them.

Thankfully recent trends seem to indicate a growing appetite for everyday commuter bicycles, so everyday urban bicycle shops should be popping up everywhere in the coming years.

Here in Toronto I frequent Curbside Cycle which specifically caters to the everyday urban commuter. Even some of the racing bike shops here in Toronto seem to be adding commuter bikes with shopping baskets to their inventory.

Calgary, Alberta is known more for its cowboys than bicycle commuters, but that Western Canadian city boasts having a store that caters to everyday bicycle commuters.  BikeBike Calgary is owned by our friend/reader Sean and he carries brands that most Calgarians have probably never heard of. But they will, in time.

Instead of pushing sport bicycles and gear on all consumers regardless of their needs, bike shops need to evolve to catering to bicycle transportation. They should provide options for everyday bicyclists to ride in their regular clothes. Such as the one in this photo: 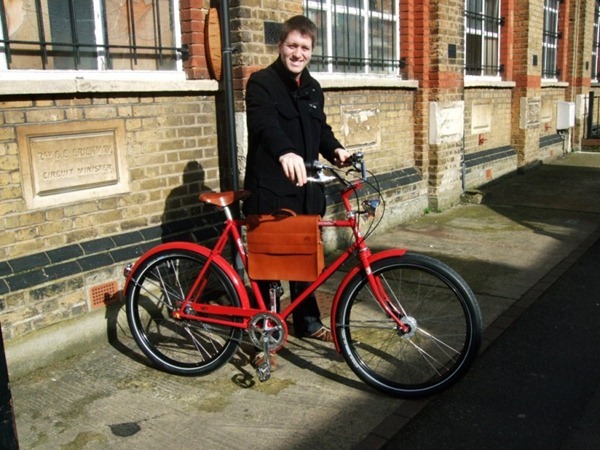 Thank you Kent for so succinctly highlighting the bicycle racing culture and the impact it has on people looking for regular bicycles for commuting.

If you haven’t already done so, visit Kent’s Bike Blog.

6 thoughts on “If Car Shopping Was Like Bicycle Shopping…”