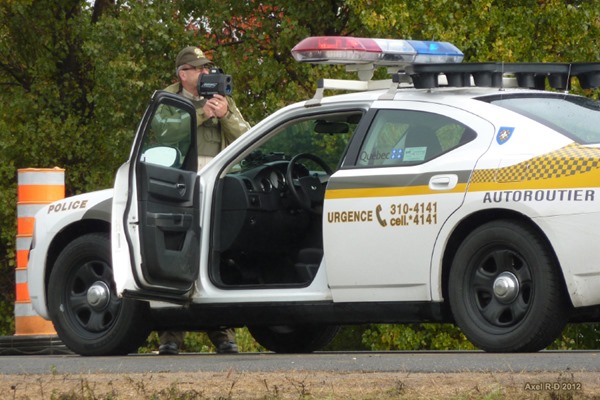 In a recent media flurry, “scofflaw cyclists” were repudiated by several outlets after prominent Canadian environmental activist David Suzuki railed against bicyclists who break the rules.

What these media articles fail to mention is that virtually all drivers break the law every single day.

Just ask any driver here in Ontario if they support photo radar on our roads to enforce speed limits. They will most likely scoff at the mere suggestion of photo radar and call it a “cash grab”.

Indeed, a cash grab that targets scofflaw drivers. If drivers obeyed our laws, there wouldn’t be much cash to grab. Problem solved, right?

Ontario dabbled with photo radar in 1994 under Premier of Bob Rae. The program cost $4.5 million to implement and brought in $19 million in revenue. Studies showed it reduced speeding on highways to improve safety.

But that wasn’t enough to keep it alive. The program was scrapped after just 11 months under the new Premier Mike Harris, whose election promise including scrapping the program under the premise that it was nothing more than a “cash grab”.

How can drivers wag their fingers at bicyclists and still keep a straight face? It is, after all, motor vehicles that kill hundreds of thousands of people every year.

Car crashes kill the equivalent of a September 11th terrorist attack happening every 9.1 days in the 29 OECD countries that were included in a 2005 study by Injury Prevention.

In the first 7 months of 2011, the Ontario Provincial Police (OPP) had handed out nearly 10,000 tickets for distracted driving. In 2010 there were more than 7,000 collisions on OPP-patrolled roads due to distracted driving, resulting in 35 deaths and over 1,000 injuries.

Ignoring this reality and trying to shift attention to bicyclists who are expected to follow laws that were designed for motor vehicles does nothing to improve safety on our streets.

Enforcing our speed limits could save hundreds of lives every year. Should a driver’s entitlement to drive above the maximum speed limit take precedence over possibly saving hundreds or thousands of peoples’ lives?

On the other hand, perhaps the label “scofflaw cyclist” is a backhanded compliment, as suggested by our friend @situpvancouver on Twitter:

Tomorrow we will take this discussion in a healthier direction and discuss how proper bicycle infrastructure can create incentives for bicyclists to obey the law and help us overcome the “scofflaw cyclist” label. Stay tuned.

4 thoughts on “Scofflaw Drivers Get Free Pass In Media”