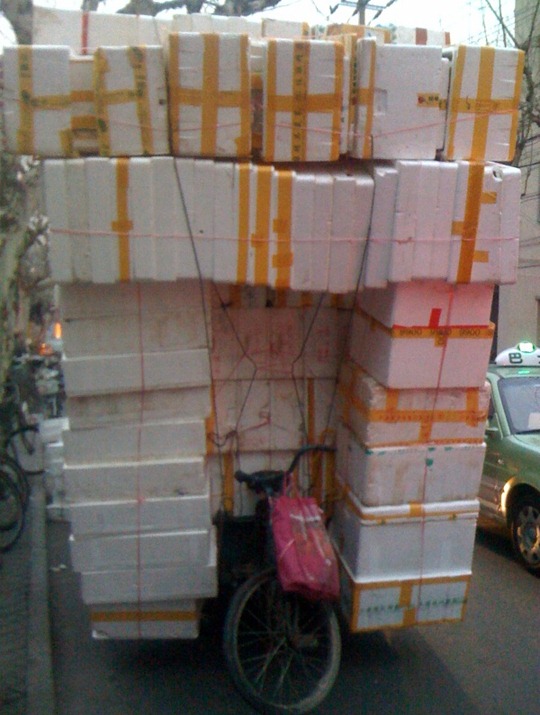 In China it’s not uncommon for bicycles to carry an inordinate amount of cargo. When I visited Beijing in 2007 I saw bicycles carrying loads of vegetables that would make a dump truck driver envious.

This picture was snapped the other day by The Urban Country’s China correspondent Mark Green in Shanghai, China.

“It’s pretty common to see ridiculously high stacked bikes here, but this one caught my attention because of the way the driver seat is cut out, reducing visibility to about 70 degrees. Extra body armour I suppose.”

That’s what I love about the Chinese. They can make practical use out of almost anything, and very little goes to waste. They always manage to find a way to re-use almost everything.

The small decisions we make now will have an enormous effect on future generations.