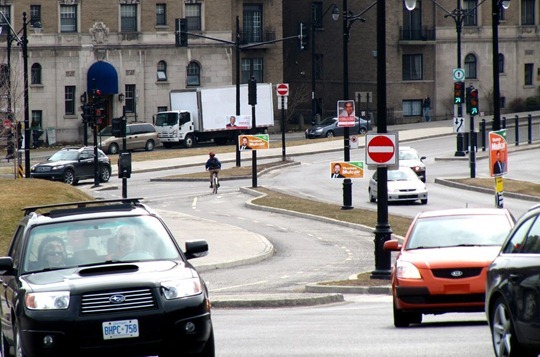 500 hours a year – or 2 hours each day – is roughly the equivalent to what the average American worker will work in order to pay for their cars (the average is between 1.46 hour/day and 2.90 hours/day depending on which data is used).

This is a substantial amount of time and cost in order to have the “freedom”, or as I like to call it “imprisonment” of automobile ownership.

Furthermore, Americans on average sit in their cars for 48 minutes each day, and commuters in larger cities spend far more than this in their cars commuting to work. Here in Toronto, the average round trip commute time is 80 minutes – the worst among 19 cities studied last year (the study includes transit riders as well as motorists).

Across the Pacific, China had only 128 motor vehicles for every 1,000 people as of 2008. Even at this very low rate of ownership, by 2010 we saw a 100KM traffic jam just outside of Beijing due to China’s massive population. Clearly there isn’t enough space to accommodate automobiles in the long run.

A recent article on Grist suggests that the UK might have reached the point of “peak cars”, and car ownership may be in fact declining. With rising gas prices, increasing urbanization, bicycles reclaiming urban space, and car-sharing services like Zipcar or Autoshare, it wouldn’t be surprising to see a shift toward declining automobile ownership.

Automobiles no longer represent the freedom that they used to symbolize. Motorists are angry from sitting in traffic congestion, and they are furious over rising gas prices. But instead of complaining, motorists can take action.

A recent article in the Economist covers in fair detail America’s traffic congestion woes, but fails to offer any pragmatic solutions to reducing traffic congestion beyond investing in more reliable and faster rail service. There isn’t a single mention of bicycles being used as a tool to improve congestion, even though the article compares commute times in the Netherlands to America. The Netherlands of course has invested far less in automobile infrastructure, and more in bicycle and rail infrastructure.

Perhaps the article could have also mentioned that 61.7% of all trips in America are 5 miles (8km) or less – an easy distance to use a bicycle. Despite the fact that most trips are within bicycling range, people don’t use bicycles because we have invested in infrastructure that solely accommodates motor vehicles. Infrastructure that is frankly – as the Economist points out – falling apart.

At the very least, bicycles can be combined with rail to reduce our dependency on automobiles and oil.

The Economist touches on a very relevant point however: States are not incented to provide alternate means of transportation, because they lose federal funding if their citizens drive less:

“The federal government is responsible for only a quarter of total transport spending, but the way it allocates funding shapes the way things are done at the state and local levels. Unfortunately, it tends not to reward the prudent, thanks to formulas that govern over 70% of federal investment. Petrol-tax revenues, for instance, are returned to the states according to the miles of highway they contain, the distances their residents drive, and the fuel they burn. The system is awash with perverse incentives. A state using road-pricing to limit travel and congestion would be punished for its efforts with reduced funding, whereas one that built highways it could not afford to maintain would receive a larger allocation.”

Politicians always think big, and America has built a system of freeways and roads that can no longer be properly maintained. With the high cost of maintaining an obscene amount of automobile infrastructure, now is the time to invest in re-shaping this infrastructure to better accommodate bicycles. 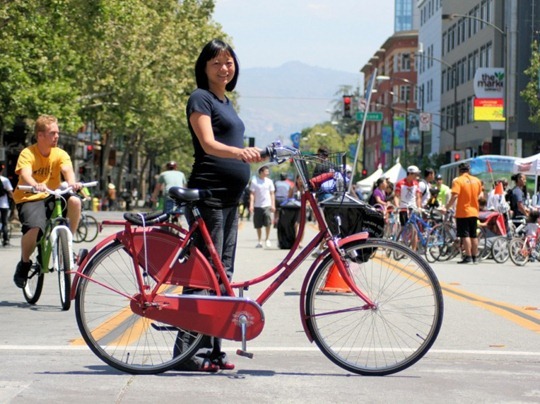 Besides investing in reshaping our streets to accommodate bicycles, another way the government can help provide incentives for people to become less reliant on automobiles is to encourage people to live closer to work.

A pilot program in Washington DC is doing just that. Citizens can receive up to $12,000 for moving closer to work or public transit. The program is called Live Near Your Work, and will match up to $6,000 in benefits that businesses will offer their employees to move closer to work.

If going car-free and saving up to $11,000 a year isn’t enough of an incentive, then getting $12,000 from an employer and the City of Washington DC would be the icing on the cake. The initial pilot program has a fund of $200,000 to hand out in its initial phase. But the model will provide a great incentive for other cities to invest in reducing their own traffic congestion through positive incentives.

If the money isn’t enough of an incentive, then perhaps the freedom of not being stuck in traffic congestion while gaining a healthy dose of exercise is.