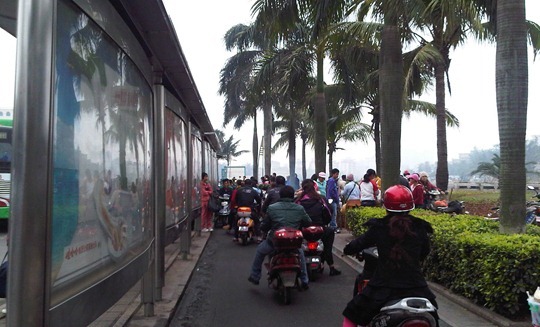 Last Sunday afternoon I hopped on my Giant folding bicycle and headed from where I am living in the “suburbs” and headed into downtown (a 5 kilometre jaunt). What ensued was a thrilling ride among a myriad of other two-wheeled travelers making their way to and from the downtown core.

I am currently living in a city called Haikou – located on Hainan island in southern China. In Chinese, Hai means “Sea”, so Haikou’s literal meaning is “Mouth of the sea”. Haikou has 2 million inhabitants in four districts, and boasts the highest rated air quality in all of China. It also features 2,000 hectares of green spaces with trees lining 40 percent of Haikou’s roads.

Despite this, Haikou’s air quality is declining. Automobile ownership has increased drastically in the last few years, with a clearly visible increase in traffic congestion from my two other visits – first in 2007 and 2010. As soon as I stepped off the airplane ten days ago I was greeted by a cluster of shiny new, luxurious car dealerships (BMW, Toyota, Nissan, ford, Infinity, Lexus and Mazda).

When I first visited Haikou in 2007 most cars were from the 1980’s – including entire police vehicle fleets. Just 4 years later it is now common to see police officers in brand new Audi A5’s. Car culture is sweeping over China, and it’s not pretty.

An ex-pat friend of mine living in Shanghai told me he met a Chinese man at Starbucks yesterday who told him that he paid more than $100K USD for his BMW – which converts to more than 630,000RMB with the current exchange rate. An average salary in China is less than 4,000RMB per month.

Cars are that important here now – it has almost become religious.

Down here in Haikou I’m told by residents that a few years ago the Chinese government rescinded a 200% tax on car purchases. This – along with a rapidly growing economy – opened the floodgates to tens of thousands of Chinese who had previously found car ownership to be unaffordable.

With the influx of automobiles in this city, traffic is now grinding to a halt – with rush hour automobiles traveling slower than walking pace. Those who could afford cars prior to the government scrapping the 200% tax are wishing the tax still existed – for no other reason than to restore their freedom of mobility.

Despite the massive growth in car ownership, two-wheeled traffic still seemingly comprises the largest modal share among the available modes of transportation here.

I use my bicycle 7 days a week, and each time I take it out I am delighted to share the wide bike lanes with thousands of other people sporting two-wheeled vehicles – with electric scooters being the most common choice here.

The following photos show my grand entrance from the suburbs into the downtown core on that Sunday afternoon – highlighting one particular bottleneck that gets quite nasty at times. 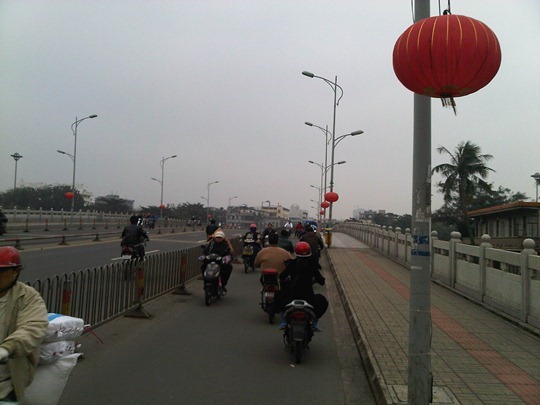 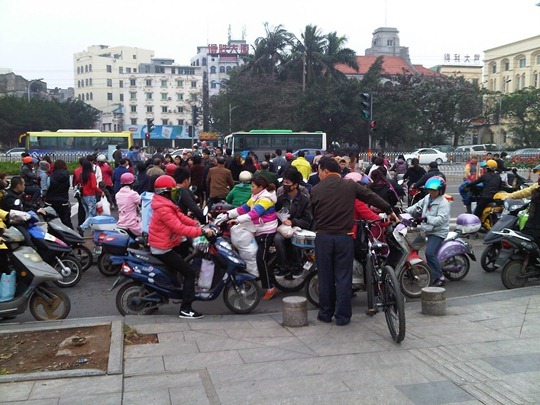 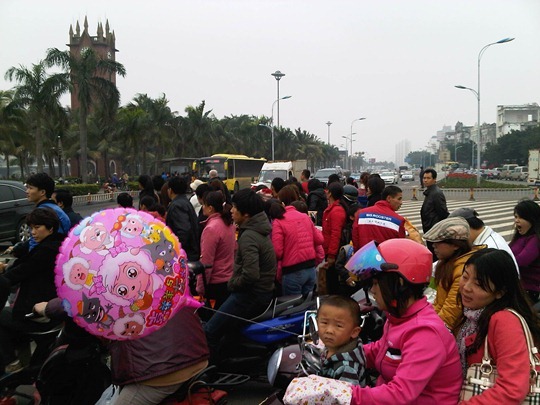 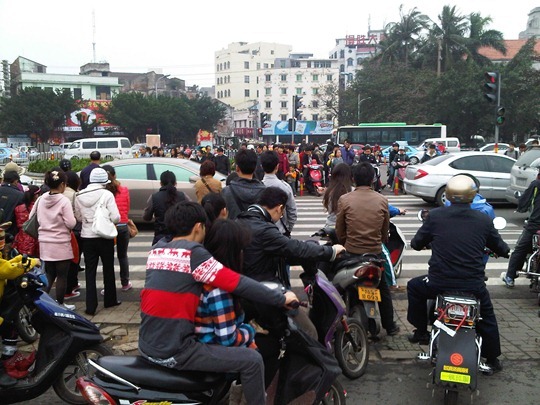 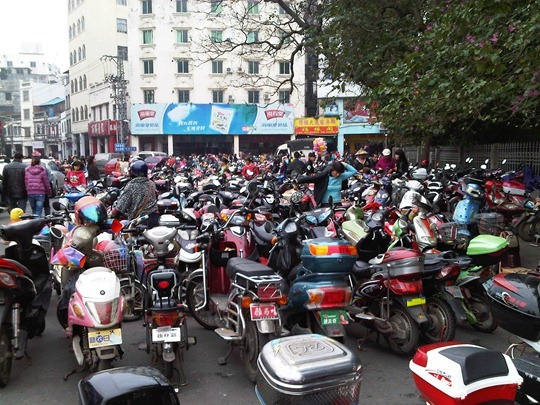 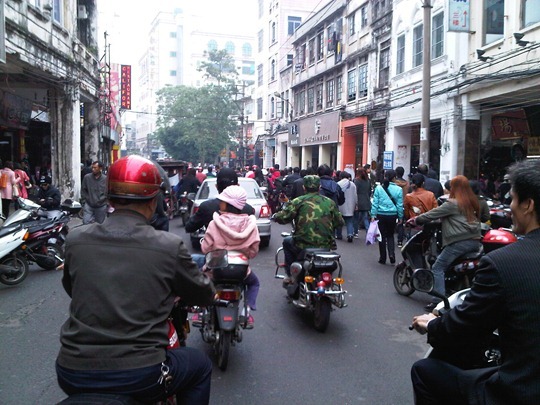 I am keenly interested to see how Chinese cities will evolve and address this massive influx of car ownership.

Until next time – keep your feet on those pedals.