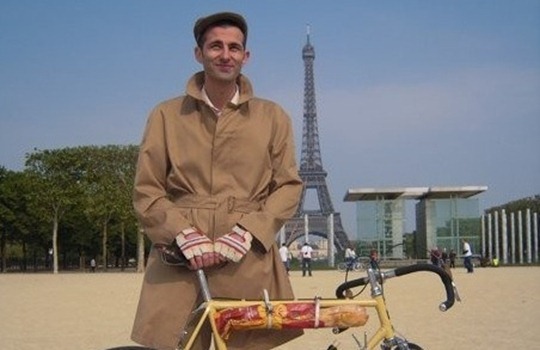 Paris city councillors recently voted to give the green light to cyclists to legally proceed through red lights in the French capital. The pilot program will be tested at 15 intersections in east end of Paris and if successful will roll out to 1,700 intersections across the city.

Cyclists must of course yield to pedestrians and oncoming traffic before proceeding through these designated intersections and would be held liable if they caused a collision.

The Telegraph reports that the measure has already been tested in Bordeaux, Strasbourg and Nantes, where “these experiments have led to no rise in the number of accidents”.

Anyone who rides a bicycle in a large city with inadequate bicycle infrastructure will know that blindly obeying laws that were primarily written for motor vehicles often puts cyclists in more danger. When cyclists are bunched up a red light, they are often dangerously squeezed by drivers racing to get a jump start  after the light turns green.

Traffic signals that allow pedestrians and cyclists to proceed before cars have been shown to help reduce conflict. Likewise, having a cyclist wait at an empty intersection makes little sense since cyclists pose very little danger to others and are inherently more aware of their surroundings – for they are not confined in a cage of glass and metal with endless internal distractions and a limited view.

The fact that our traffic signals exist solely to contain the death and destruction that motor vehicles cause is often forgotten.

Here in China this is not the case. Car culture arrived so recently in China that everybody here knows that traffic signals were nonexistent prior to the onslaught of motor vehicles that came with the recent car boom.

Thus, cyclists and scooters are not required to obey traffic signals, whereas waiting for a green light here is mandatory for car drivers.

I have always said that I believe being courteous is far more important for cyclists than blindly obeying laws that were created without bicyclists in mind.

Perhaps allowing cyclists to legally pass through red traffic lights will help reduce the animosity that drivers feel when they see a cyclist breaking the law.

Here in China, drivers have no animosity towards cyclists even though cyclists don’t need to wait alongside drivers for a green light.

As a result, road rage is virtually nonexistent here and riding a bicycle is far more pleasant and safe – even on the few roads that lack physically separated bike lanes.

Thanks for the tip @macbeestje / @TreeHugger