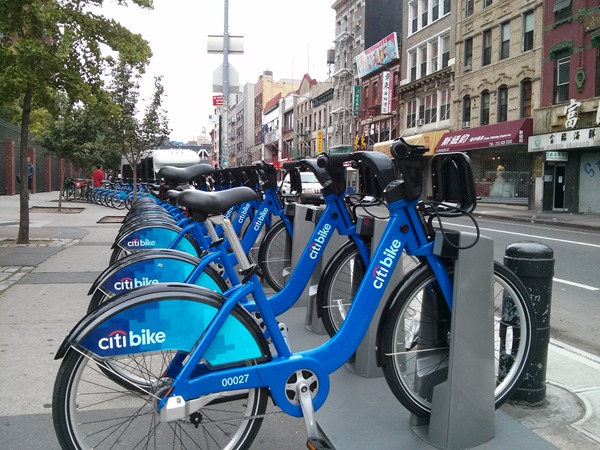 In what seemed to happen almost overnight, New York City changed its transportation system as we know it, adding another mode of transportation for citizens and visitors alike to traverse that great city.

New York’s bike share system – known as Citi Bike – launched on May 27th, 2013 with about 4,300 bikes and plans to expand to 10,000 bicycles. The Urban Country took Citi Bike for a test ride while visiting New York two weekends ago, and we happy with the result.

The bicycle hire scheme is designed for short one-way trips under 30 minutes. Members can buy a daily pass for $9.95, weekly for $25.00 or annual for $95.00. A membership pass allows unlimited free trips on a Citi Bike, provided the bike is returned to any one of the 330 docking stations in 30 minutes or less.

The bicycles are heavy-duty 3-speed city bikes that come equipped with fenders, a front-rack, and lights that turn on automatically. They are comfortable and sturdy and ride in the natural upright position – the most visible and safe way to ride a bicycle in the city. 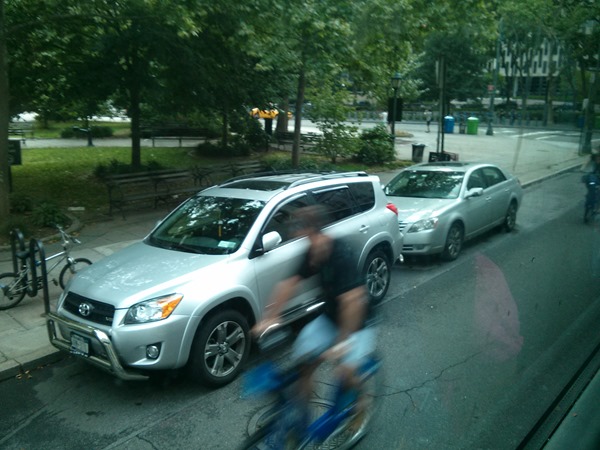 The company that won the bid to implement the system is the Canadian company, “BIXI” which first debuted in Montreal in 2009. The name “BIXI”, which is short for “bicycle taxi” appropriately describes the purpose of the scheme. Indeed, these bicycles are a wonderful alternative to taking taxis, public transit, walking or driving.

Bike sharing systems are also complementary when combined with other modes of transportation. A commuter could ride a train into Manhattan, then take a Citi Bike from the train station to their final destination.

Despite how may seem, Citi Bike didn’t happen overnight. The system was initially slated to launch in July 2012, but was delayed first by software problems, then it was delayed further by Hurricane Sandy.

In its first month of operation, the system has been wildly successful. On June 16th, 2013, riders took 25,119 trips on Citi Bike, the largest single-day ridership for any bike share system in North America. After one month, the system had exceeded 600,000 trips with more than 1.5 million miles travelled.

The safety record has thus far been impeccable, with just 3 minor injuries and no deaths or serious injuries. In 2011 we talked about how bike share systems have a calming effect on traffic which helps to increase street safety in our cities.

But bike share success and safety doesn’t come for free. Under Mayor Bloomberg, New York has invested money, blood, sweat and tears to build more than 560km of bike infrastructure across the city.

This bike infrastructure plays no small part in determining the success of Citi Bike; both in terms of usage and safety.

Last weekend we visited New York and tested Citi Bike throughout the weekend, using it as our main mode of transportation.

After using Citi Bike to get from our hotel to the lower east side, my wife exclaimed,

“Wow, good thing we didn’t take a taxi. We would be sitting in that traffic right now”.

The traffic she was referring to is the long line-up of cars that we gracefully pedalled past along Bleeker street en route to our destination.

“This is so neat because we can just drop it off anywhere and start walking. Then we can just grab another one any time.” 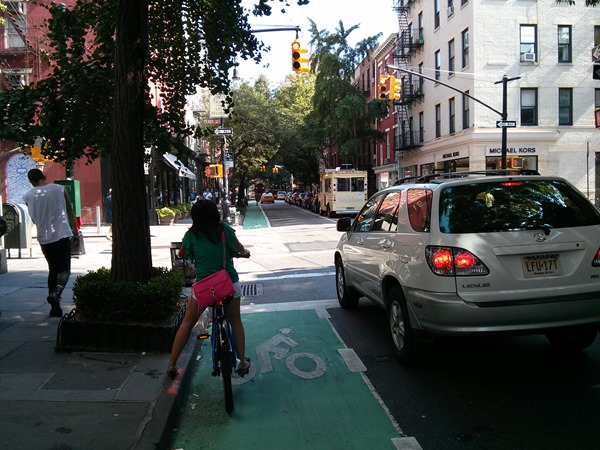 As someone who refuses to ride on the streets in Toronto, my wife’s level of comfort in riding in New York City speaks volumes. We didn’t have to look very hard to find bike routes that provided physical separation, and painted buffer zones to keep cars from passing us too closely.

Here is an example of a bike lane that contains buffer space on both sides of the lane: 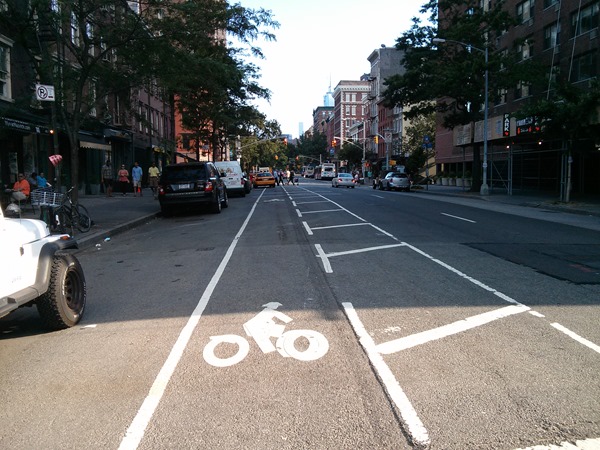 As with any new bike share system however, Citi Bike is not without its flaws. Some stations required me to squat down to see the screen, the keypads didn’t always catch the correct digits when entering my phone number, and there were glitches that prevented me from taking a bike at two stations throughout the weekend.

In Montreal, we saw similar glitches in its BIXI system shortly after it launched in 2009.

But minor glitches aside, Citi Bike worked extremely well. I hadn’t encountered any empty station when trying to hire a bike, nor did I encounter a station that was too full to return a bike, as I had in Montreal in 2009.

Unlike my experience with Washington DC’s Capital bike share, I was easily able to find a station to return the bike near my destination.

On May 27th, 2013, after Citi Bike launched, New York became an even greater city than it was the day before. Citi Bike has changed New York as we know it.

May Citi Bike be the gateway drug that leads more people to use the most sensible, reliable, efficient and fun mode of transportation in one of the greatest cities of the world.