Bicycle Transportation Should Be Taken Seriously 26 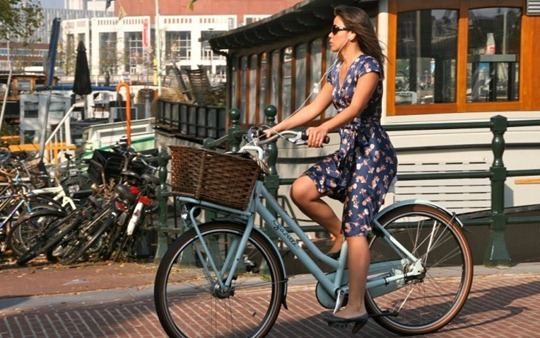 Bicycles are a serious mode of transportation. It is about time we treat them as such instead of treating bicycling as a hobby, a sport, or a mode of transport for the working poor and students.

Bicycles are an often overlooked mode of transport that with some minimal government investments can easily support the same capacity as major public transportation systems at a fraction of the cost.

In my home city Toronto – a city of 2.5 million people – $1.4 billion is spent each year just to operate the public transit system. $1.4 billion dollars – with costs increasing year-over-year. This is to provide 25% of the population with a viable means of transportation.

In addition to the $1.4 billion spent each year to operate Toronto’s public transit, the city spends billions of additional capital funds to build new transit lines, upgrade buses, streetcars and subway cars. $8 billion of provincial money was earmarked for Toronto to build several light rail transit lines in the suburban areas of the city.

Public transit in Toronto is a serious mode of transportation – we spend billions of dollars on it every year.  And rightfully so – public transit is a vital service for maintaining the liveability of cities and helps keep the city moving while too many cars brings cities to a halt.

On the other hand, bicycling is not a serious mode of transportation in Toronto at the moment. In 2001 a master bike plan was developed, but little progress has been made – and in fact a reversal has begun by the current administration, which has removed several bike lanes throughout the city.

With a simple vision and some street design alterations, bicycling could support the current capacity of public transit in Toronto (25% mode share), without having to spend billions of dollars to build and maintain.

We can look to three different continents for examples of the scalability of bicycles as a viable mode of transport. First we will start in Beijing – a city of 19 million people with a climate almost identical to Toronto, Canada.

Beijing: Long before there were 15 subway lines and 5 million cars…

Prior to the influx of cars in Beijing, Beijingers were able to get around their city just fine – even before the government built the current 15 subway lines throughout the city. This was in a large part thanks to Beijingers primarily using bicycles as a vital mode of transportation in the city.

Prior to there being 5 million cars in Beijing it was estimated that there were 9 million bicycles in Beijing – the title of a song I have always enjoyed by Katie Melua.

The problems that have surfaced in Beijing as a result of the 5 million cars were not issues previously and in many ways the quality of life in the city has declined – as can be attested by an American ex-pat neighbour of mine who lived in Beijing for 10 years and watched everything unfold (stay tuned for an upcoming interview with him).

Copenhagen: 30,000 bicycles a day on a single street

In Copenhagen, a city with an urban population of about 1.2 million, the bicycle mode share is about 37%. Copenhagen also has a similar climate to Toronto, and bicycle counts on certain Copenhagen streets log more than 30,000 bicyclists each day according to our friends at Copenhagenize.

Groningen: 57% of all trips by bicycle

A small city in the northern Netherlands called Groningen (population 190,000), with a moderate climate – boasts the fact that 57% of all trips are by bicycle.

Portland: A mile of highway, or…

In Portland, Oregon, a city of just under 600,000 inhabitants boasts a bike mode share of 8%. Portland has a warmer climate than Toronto, Beijing, Copenhagen and the Netherlands, but it does experience 914.7mm of rain each year (compared to 571 in Beijing and 709 in Toronto).

8% is a healthy mode split for bicycles compared to other cities in North America (Toronto is about 1.7%). And Portland’s entire bike network was installed at the same cost as just *one mile of freeway*.

Unfortunately the negligible costs of bicycle infrastructure often works against progress. Politicians win votes by making big promises that cost loads of money. Even Toronto’s penny-pinching conservative mayor wants Toronto to bury all of its public transit to keep it out of the way of his car. The problem is that he doesn’t have a way to pay for it.

Bicycles can help achieve a similar goal and help relieve some of the pressure on public transportation and our roads without driving our governments into more debt.

It is time to treat bicycles as a serious mode of transportation and take advantage of this unique opportunity we have to improve the liveability of our cities.

26 thoughts on “Bicycle Transportation Should Be Taken Seriously”