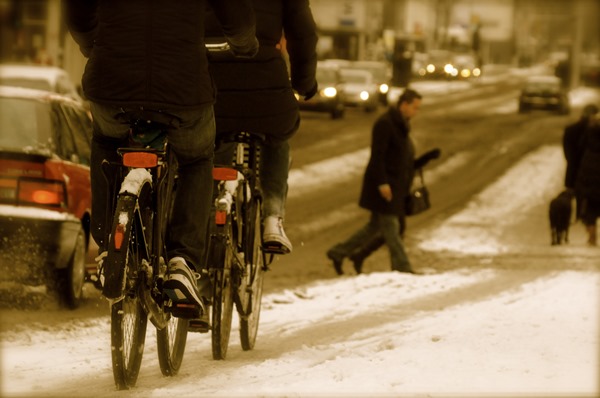 In Edmonton, the number of bicyclists is on the rise after the city approved in 2009 the addition of almost 500 kilometres of bicycle infrastructure to the city’s bicycle route network.

A long-term plan to add almost 500 kilometres to Edmonton’s network of bicycle routes appears to be paying off, a transportation planner says.

Counts last year showed the number of riders had increased between two per cent and 47 per cent, depending on the route, since the city’s bike plan was approved in 2009, said Tyler Golly, a general supervisor in sustainable transportation.

On the High Level Bridge, one of Edmonton’s busiest corridors, there were about 1,200 cyclists a day in both directions, a 20-per-cent increase in three years, he said Monday.

A recent telephone survey found that bicycle lanes may be influencing people’s decisions to ride a bicycle for transportation. From the Journal:

Preliminary results from a December telephone survey of 900 Edmonton residents indicated about one in five respondents was riding more because of bike lanes, Golly said.

Slightly more than half the people surveyed pedal at least once a year, while about one-third ride weekly during the summer and three per cent take two-wheeled transportation in all seasons, he said.

I happen to be in Edmonton this week for work, but unfortunately I am not commuting by bicycle while here.

I did however spot one year-round bicyclist here in Edmonton yesterday who had an extra wide tire installed on his bicycle to help navigate through Edmonton’s snowy winter: 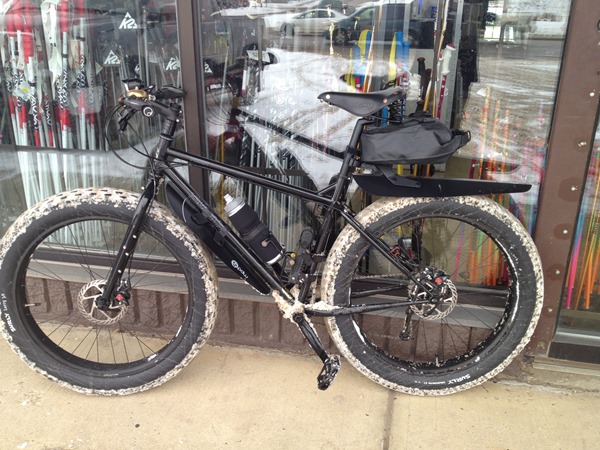 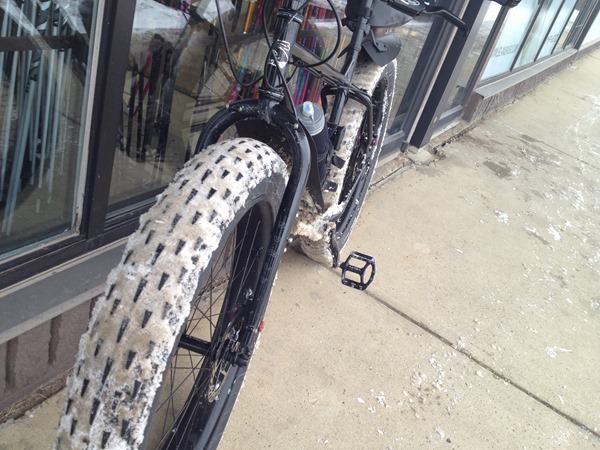 Certainly not everyone would be willing to ride year-round in a city like Edmonton, but the city’s approval of almost 500km of bike routes is a great step in the right direction, so we hope the upward trend in the number of bicyclists will continue in this northern city.

Hat tip to Al for pointing us to this article.

James D. Schwartz is based in Toronto, Canada and the Editor of The Urban Country. You can contact James at james.schwartz@theurbancountry.com or follow him on Twitter.