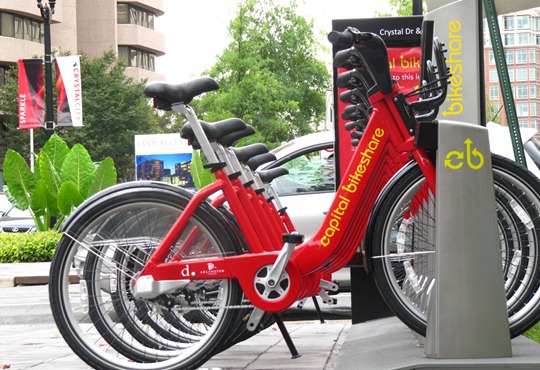 The District of Columbia expanded its Capital Bikeshare program last week to 1,100 BIXI-style bicycles scattered around the D.C. area at 110 stations – stretching as far as Arlington, Virginia.

Although a wonderful step in the right direction, the program falls short by trying to cover too large an area with too few stations and bikes.

The most important prerequisite for success in a BIXI-style bike sharing program is to have stations every few blocks so the users can conveniently run their errands without having to stress over finding a station.

The bikes aren’t equipped to be locked up without a bike sharing station, so it’s critical that stations aren’t sparsely dispersed.

Montreal BIXI’s success stems from the fact that they chose a limited downtown area, and they started with 3,000 bikes – while adding another 2,000 bikes in their first year – bringing the total to 5,000 bikes.

Compared to Montreal, Capital Bikeshare stations are few and farther between, and trips often require the user to study the map to know where to find a station.

Economically, Capital Bikeshare’s membership is very reasonably priced – only $50 a year (limited time special – normally $75/year), $25 for a month, or $5 a day. A membership entitles you to 30 minutes of free usage of a bicycle with additional charges for trips longer than 30 minutes.

I took Capital Bikeshare out for a test drive over the two days I spent in Crystal City (Arlington) last weekend (prior to attending a technology conference in the fabricated-lavish-overly-gentrified-fantasy-land called National Harbor, Maryland.)

The bike itself is the same as the Montreal’s original BIXI bikes – 3 speed with enclosed parts, an adjustable seat and built-in front and rear lights. The third gear can be a bit slow at times – especially riding downhill, but overall the ride was a positive experience. 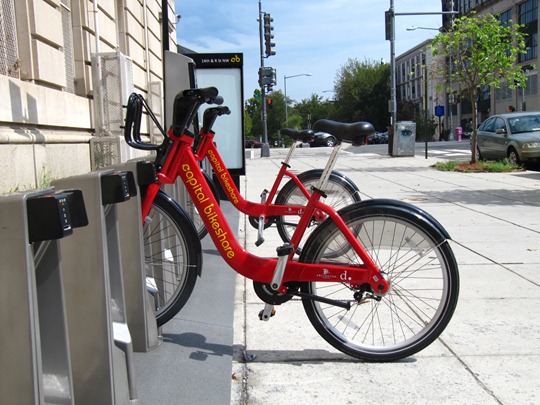 On Saturday evening I used Capital Bikeshare to transport myself from my hotel to a restaurant and a pub. On Sunday I took a Bikeshare bicycle from Crystal City to DC (roughly 7km) and rode around downtown DC.

After arriving in DC, I expected to see Bikeshare stations at tourist destinations such as Capitol Hill, the Lincoln Memorial, the Washington Monument, the White House, and the Smithsonian museums. I was disappointed that there wasn’t a single station near any of these historic landmarks.

Thus, I continued on my quest to find a station so I could return my bike without paying additional usage fees. I cruised along the new Pennsylvania Ave dedicated bike lanes and along several other downtown streets with bicycle facilities trying to find a station. 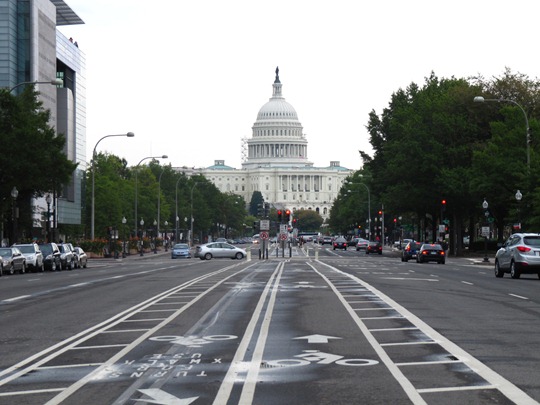 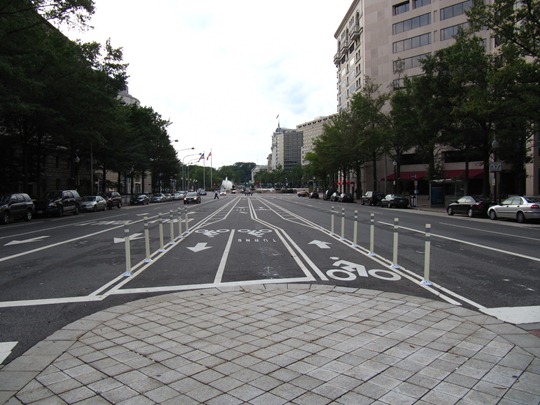 After 40 minutes of hopelessly searching for a station – which saw me touring an impoverished area – I asked a woman on a regular bike if she knows of any Bikeshare stations nearby. She remembered seeing a station near 14th st and U st – quite a distance away.

En route to 14th & U, I finally stumbled upon a Bikeshare station near 14th st and P st, and studied the map to prevent any further mishaps. As it turns out, the closest station to the tourist sites is at 9th St and E St – but it is frankly irritating to have to leave the bike there and walk to the museums or to Capitol Hill.

I ended up walking most of the rest of the day – ending the day in Georgetown.

This map shows how few stations there are within the vicinity of the tourist destinations: 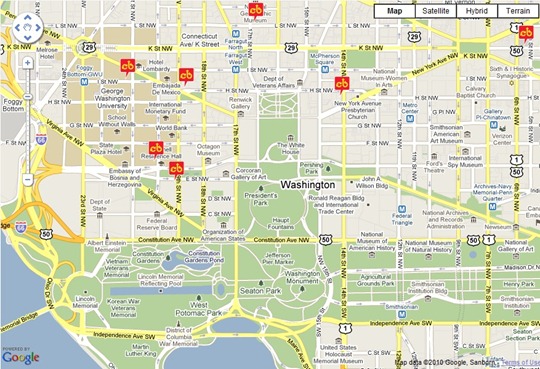 I spoke to Jeff Peel – the League of American Bicyclists’s State and Local Advocacy Coordinator about the lack of stations. Jeff explains,“the system here is still quite new, and not all the stations in place. New stations are added literally every day thanks to a very hardworking team at the city DOT and with the bike share system.”

He agrees that it’s a shame the city wasn’t able to install bike stations in the tourist areas – due to that land being controlled by the Federal government and National Park Service.

Jeff also told me that there is currently a federal funding grant application in to double the size of the system (Georgetown would be the first on my list to be outfitted with several bike share stations).

Bike sharing programs are a great way for locals and tourists alike to get around the city – to get to work, go shopping, visit a tourist attraction, or go out to a restaurant without relying on public transportation or sitting in traffic in an automobile.

A key difference between Capital Bikeshare and Toronto’s upcoming BIXI program is that Toronto has chosen a very small radius for its initial deployment of 1,000 bikes. This will help to make it easier to find a station within this radius – however, it will also make the system useless to people who need to travel outside the radius.

The key learning here then is that there needs to be enough bikes for the program to succeed – and expanding the system shouldn’t be contingent upon a large number of users in the first phase – or it risks failure.

It’s like building a highway that suddenly ends at a river, but not building a bridge over the river until enough people use the highway.

Time will tell if the city of the District of Columbia and the City of Toronto are willing to make the investment to “build the bridge” – to expand the system to make it extremely convenient for everyone.

Washington DC has great weather for bicycles and some wonderful infrastructure for both recreation and for transportation. Bike sharing systems can only help to increase ridership through both visibility and convenience.

DC’s Capital Bikeshare program is still in its infancy, but has great potential for changing the urban landscape in the nation’s capital. I’m looking forward to visiting DC again to revisit Capital Bikeshare in the future.