4-Year-Old Guilty of Negligence on Bicycle 7 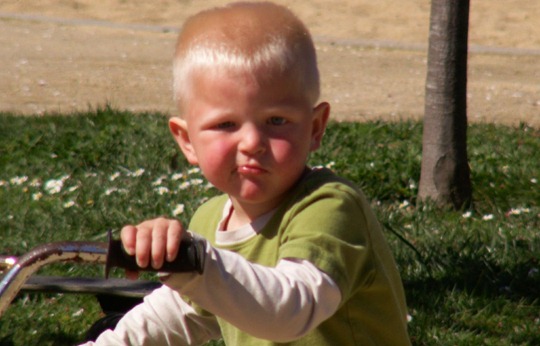 In April 2009, a 4-year-old girl and her friend were racing their bicycles under the supervision of their respective mothers in New York. The children ran into an 87-year-old lady which caused the elderly lady to fall and fracture her hip. She then underwent hip surgery and died 3 months later.

The deceased woman’s son is now suing the children for being “negligent in their operation and control of their bicycles” as well as their mothers for consenting to allow their children to race their bicycles.

According to court filings, the judge looked for precedent in determining if a four-year-old should be negligent in this particular situation based on the child’s intelligence and maturity.

Although the filings found conflicting decisions in past cases involving child negligence, it nevertheless concluded that these children should be held accountable for their actions and that they should have understood the risk their bicycle riding posed to the elderly woman.

“There are no exhibits containing evidence as to the defendant-movant’s lack of intelligence or maturity, nor are there any other mitigating factors apparent in the record that would indicate that another child of similar age and capacity under the circumstances could not have reasonably appreciated the danger of riding a bicycle into an elderly woman.”

Of course, the bigger issue at hand here is the lack of safe bicycle infrastructure in North America which results in children feeling rightfully compelled to ride on the sidewalk to stay clear of the danger of automobiles.

At the end of the day, neither roads nor sidewalks are ideal for children to ride bicycles.

The Dutch have recognized this and provide physically segregated paths for bicycles to provide unimpeded, safe routes for thousands of children to get to school.

Photo courtesy of David Hembrow / A View From the Cycle Path

The following videos feature school children bicycling to school in the Netherlands – also from our friend David Hembrow:

This is the type of infrastructure we need here in North America. Not only would it help reduce conflicts between motorists, pedestrians and bicyclists, it would also help us reduce our dependency on oil and tackle the growing problem of obesity.

(Original story courtesy of the BBC)

7 thoughts on “4-Year-Old Guilty of Negligence on Bicycle”