Free Parking? At What Cost? 1 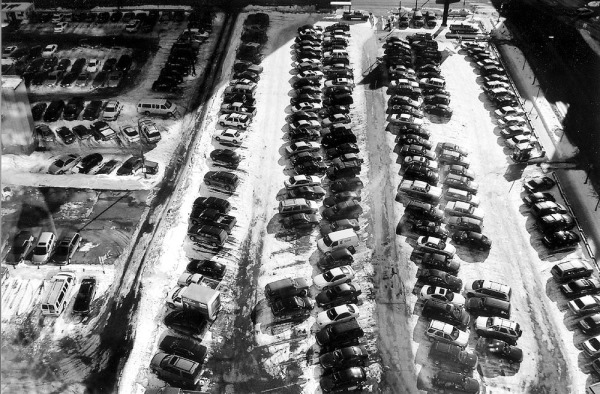 In most suburban areas, and some urban areas, big box stores are surrounded by expansive parking lots where motorists can park their cars for free. But the significant costs to buy the land and pay to build and maintain these parking lots are built into the cost of the products that are purchased in the store. Whether you drive, walk, or bike, you are paying for these vast parking lots.

Furthermore, the space required to build parking spaces in our cities comes at a detriment to our liveability. Could we not be doing more useful things in our cities with this space than dedicating it to parked cars?

Our friend Chris Bruntlett discusses the topic of free parking in a recent article entitled “There’s No Such Thing As A Free Parking Space”.

With 99 out of 100 North American car trips terminating in a free parking space, the notion of cheap, convenient parking has become sacrosanct in our society. This does, however, present one significant problem; namely the vast amount of space these (often single-occupant) vehicles occupy for the 22 hours a day they are not being driven. We now find ourselves in the absurd scenario where a parked car is entitled to more space (180 sq. ft.) than a typical office worker (160 sq. ft.). With antiquated governmental policies requiring three parking spaces for every car, the overall impact on our built environment has been devastating. Our obsession with abundant, accessible on-street parking continues to severely limit our pursuit of walkable, bikeable and livable neighbourhood streets.

Bruntlett imagines what our cities might be like if we used that “dead” road space for something other than parking:

What kind of possibilities could we open up with all of that road space? Imagine the play areas we could create for our children, the commons where neighbours could gather, the green space we could use to grow fruits, vegetables and grains; and the additional room we could dedicate to the safe and social acts of walking or cycling. 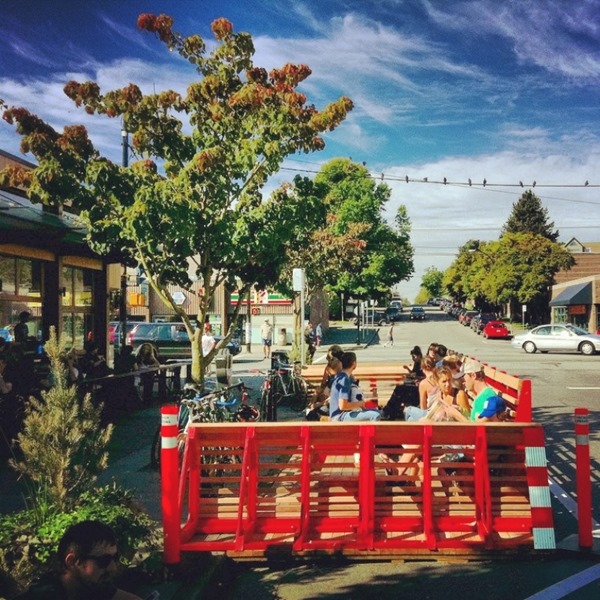 In the end, the true cost of cheap parking is reflected in the abject quality of our shared public spaces.

Our roads weren’t always dedicated almost exclusively to motor vehicles. I will quote our friend Mikael Colville-Andersen from his TED talk again about the history of our streets:

For 7000 years since cities first were formed streets had a very singular definition. People gathered in them, transported themselves, sold their goods, children played in them. Streets were an extension of our homes and our living rooms. They were public domain. Probably the most democratic spaces in the history of homo sapiens. Now many people seem have a perception that streets are the sole and exclusive domain of automobiles.

How streets were transformed in the Netherlands

The Netherlands faced the same dilemma about 50 years ago that we are facing today in North America. Car parking spaces were taking over Dutch cities, sidewalks were narrowed to make more room for cars, and green space was turned into car parking spaces.

Except instead of accepting this, the Dutch fought back – and eventually persevered.

Below are a few photos from David Hembrow that illustrate how Dutch streets have been transformed since the 1970s.

The first photo shows a 4-lane road in Amsterdam from the 1970s and how it has transformed to a 2-lane road for buses only with wide sidewalks and wide protected bike lanes:

This next photo shows a photo from central Hoogeveen in 1965. The vast majority of this road (including the median) was dedicated to cars: 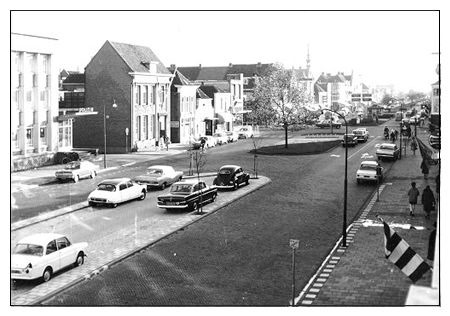 This is how the same Hoogeveen street looked in 2010: 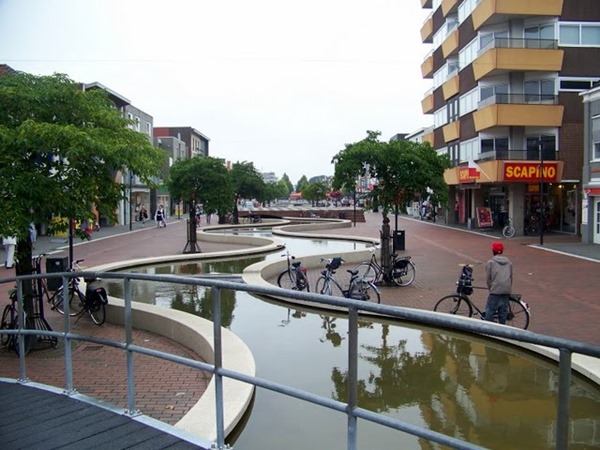 Perhaps one day we will come to the same realization that the Dutch came to 50 years ago – that dedicating all of our city space to cars makes for a gloomy city – and perhaps once again our streets will become a place of commerce, fun, community, and transportation.