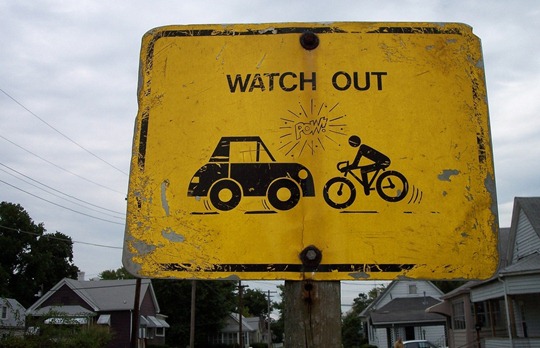 Car-centric societies tend to make excuses to defend a way of life – a life dependent on automobiles. These excuses are disproportionately emphasized in the media and accepted by society.

It’s easier to deflect blame than to accept that cars are dangerous and drastic measures are needed to improve safety.

Motorist mows down group of bicyclists in Italy

Early Sunday morning, a speeding automobile plowed through a group of bicyclists in Italy while passing another automobile – killing 8 of the bicyclists, and injuring another 4.

A CBC article stated matter-of-factly that police allege the driver had been smoking marijuana.

Instead of talking about the danger posed by automobiles and trying to find solutions to the core issue – the fact that automobiles inflict death on innocent humans – the comments in the article focused on the marijuana, wrongly assuming that the fatal collision was caused by marijuana.

The man who killed the bicyclists had his license revoked six months ago for dangerous driving. Yet people seem to focus on the marijuana as the root cause.

Speeding, careless driving, sense of entitlement, poor road design, and lack of enforcement are all root causes of collisions that inflict casualties on humans at the helm of automobiles.

Blaming marijuana on the death of these 8 people is just another excuse.

If a city devoid of automobiles had a million bicyclists riding around – all high on marijuana, do you think there would be mass carnage? Hardly.

Marijuana is not the issue. Helmets are not the issue. They are just excuses to defend a sense of entitlement and to avoid changes to actually improve safety on our streets. Even the New York Times piece covering this tragedy calls it an “accident”.

No such thing as an accident

There is no such thing as an accident when it comes to automobile collisions – and to imply this is an “accident” is naive at best, wilfully deceiving at worst. There is only carelessness or negligence and human error.

Human error in an automobile often has fatal consequences. Unfortunately, most people don’t understand the great responsibility they have while driving – as can be evidenced by the careless driving that we all see every single day in our cities.

Changes to improve safety is often met with strong resistance. Drivers will do anything to fight against traffic-calming measures that might slow them down. They feel threatened by the possibility of adding proper infrastructure for bicycles because they feel it will increase congestion.

To make matters worse, motorists often get a free pass from the media when they are involved in fatal collisions. If it’s not the victim’s fault, it must be the weather – or the marijuana.

Exercise caution when overtaking a bicyclist

The other week I had a friend tell me she gets really nervous when she drives past cyclists in the city. She is afraid to pass them because there is such little space, and she fears she will hit them.

Well, that is certainly a sign that she’s probably driving too close to the bicyclist, instead of slowing down and safely merging over to safely pass the bicyclist.

In our car-centric society, motorists feel they have a right to continue full-steam ahead without letting a petty cyclist slow them down. She certainly didn’t want to injure or kill a bicyclist, but she very well could have.

If the bicyclist swerved to avoid a pothole, and she ended up hitting and killing him, the media probably would have reassured her that it wasn’t her fault. “Accidents” happen, they will tell you.

That is not a world I want my kids to grow up in.