Responsibility & Accountability On Our Streets 33 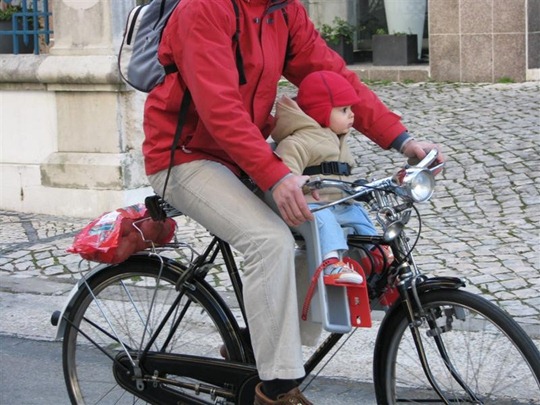 Photo courtesy of Jorge / via RateMyVelo.com

But one issue that gets lost in the push for better infrastructure is the discussion of responsibility and accountability – two very important words that contribute to safety on our streets.

This topic came to the forefront of my mind when I was riding home last night from work. I was riding along an old rail line that has been converted into a multi-use pedestrian/bicycle trail. A toddler suddenly ran directly in front of my front wheel and I came less than 10 centimeters from running into the child.

But I wasn’t scared, the toddler wasn’t scared, and the mother wasn’t scared – because I adjusted my riding speed to the conditions around me. I anticipated that a toddler might run in front of me. I was going slow, so I only had to apply a slight brake in order to avoid hitting the child.

In this particular situation, the mother is accountable for protecting her child. But I was responsible for riding safely and adjusting to the conditions around me. I’m larger than the toddler. I understood that even though the mother might be at fault for letting her toddler run about on a path shared with numerous bicycles, I had an obligation to ride responsibly.

If the photo at the beginning of this article makes you feel queasy, you need to ask yourself, why? Is it because you fear that too many drivers don’t drive responsibly, and that you fear for the child’s life? Do you feel queasy when you see a child inside an automobile? What about when a driver is driving 140km/h on the highway? Still not queasy?

One way to hold people accountable and thus encourage them to be more responsible when they drive is to enact and enforce strict liability on our streets. In simple terms, with strict liability, the person in the larger vehicle is presumed to be at fault unless they can prove otherwise.

Here in Canada, even though the law implies strict liability, people are rarely held accountable because there are so many loopholes in our court system that favours drivers. This leaves very little incentive for people to drive responsibly, and there is plenty of evidence of dangerous and distracted driving in most cities I’ve visited in North America both statistically and anecdotally.

In the absence of enforced strict liability to make us more accountable for our actions, let’s all try to act a bit more responsibly. Try to think about the potential consequences of texting while driving, driving too fast, or passing too close.

You never know when someone on a bicycle might need to swerve to avoid a pothole. Expect the unexpected and adjust your driving to your surroundings.

I once heard someone say that drivers should drive as though their car is covered with bombs and the car would blow up on contact with any other object. It’s hard to go wrong with that mentality.

33 thoughts on “Responsibility & Accountability On Our Streets”