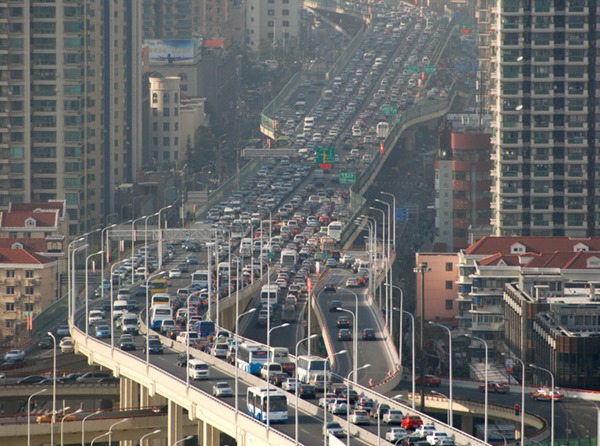 In Canada, as in the United States, registering a license plate for a new car takes mere minutes, and assuming you have a valid driver’s license and insurance, anyone can do it for a nominal fee of about $100.

In China, registering a license plate is not a freedom that anyone can enjoy, and the demand for a new license plate in Shanghai has become so high that it now costs about the same to purchase a license plate as the cost of a brand new, fully-loaded sedan.

Chinese cities have been forced to restrict the number of license plates registered each year in order to address traffic congestion and pollution in large urban centres.

From the Wall Street Journal:

“The average price for a Shanghai plate soared to 75,000 yuan ($12,000) at the city’s license plate auction over the weekend, roughly equal to the retail price of a brand new, fully loaded Geely MK-II sedan. Shanghai plates went for an average of 50,000 yuan a year ago, meaning prices have risen nearly 2,000 yuan a month.

“I had to buy the plate no matter what,” said Ms. Dong, who bought her car four months ago and has been bidding to get a Shanghai plate since then. “I can’t have my car sitting there doing nothing.””

Shanghai uses an auction system to allow bidding for a limited number of license plates. This allows the richest residents to purchase plates, letting the free market more-or-less dictate the price of the license plates.

An auction is held on the third Saturday of each month, and about 8,000 plates are issued each time. This month, 9,000 plates were issued, a slight uptick.

How does someone participate in the auction? First, the applicant needs to go to a branch of Bank of Communications to register. There, the applicant puts down a 2,000 yuan deposit to get an account number and a computer disk. The disk has a program that the motorist uses to connect to the system that allows auction participants to bid, using the account number. The applicant has only three chances to bid, at 100 yuan a pop.

The financial details about the 4 billion yuan ($641 million dollars) that Shanghai receives from its license plate auction have yet to be published, and a lawyer has asked the Shanghai government to publicize information pertaining to the auction system.

In Beijing, the system is much different. China’s capital uses a lottery system, giving all applicants a seemingly equal chance to win. Each month, 20,000 license plates are given out to winners of a lottery from 1.3 million hopeful participants.

The Beijing system’s fairness was also questioned recently after the name “Liu Xuemei” was picked 7 times in a row, as reported by Shanghaiist.

The lottery system being employed in Beijing has also been criticized for being an inefficient use of resources. From the WSJ:

“The system Beijing uses seems to only rely on pure luck, and will likely result in a mismatch of resources,” added Mr. Niu. Anyone can participate in the lottery, but not everyone that wins the lottery has the real desire to own a car.

“If someone who doesn’t really want a car gets a free plate, he or she will very likely go ahead and buy a car,” which will cause certain amount of “unnecessary” cars and that will add load to the roads in Beijing, Mr. Niu added.

These drastic restrictions to reduce congestion are largely unheard of in the United States or Canada, but were necessary steps to keep cars moving while reducing pollution in major Chinese cities.

Chinese Cities In Their Former Glory

Unfortunately, traffic in Chinese cities used to flow freely, with two lane wide bike lanes filled with tens of thousands of bicyclists happily making their way from their home to work, to school, to the store, to a restaurant.

Now Chinese streets are clogged with cars that hardly move, while pedestrians choke on the pollution, and massive restrictions are required just to keep the massive gridlock contained.

Perhaps Chinese cities will return to their former glory once they realize that driving a car doesn’t give them the freedom of mobility they had thought it would. 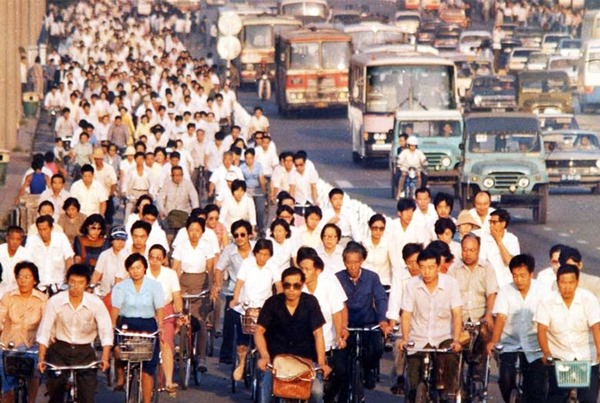