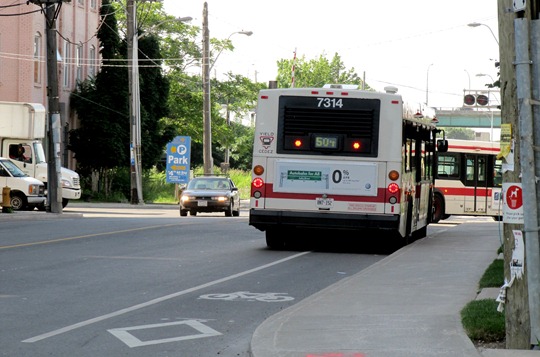 In bike-unfriendly cities all over the world, politicians slap some paint down on the streets to carve out some space for bicycles so they can claim “mission accomplished” – as if painted bike lanes are the “be-all end-all” answer to urban bicycling.

Unfortunately, most of these bike lanes end up in the door zones of parked automobiles because politicians are too afraid to remove surface parking to accommodate bicycles.

It’s a shame too, because studies have shown that most shoppers on our busy shopping streets don’t arrive by automobile, so businesses have little to lose (and much to gain) by sacrificing surface parking for proper bicycle facilities.

The existence of surface parking and bad design prohibits us from implementing proper grade (or curb) separated cycle tracks.

New York City and other cities have solved this by allowing parked cars to create a barrier for physically separated bike lanes; but this requires very wide streets (often one-way) or large two-way boulevards. 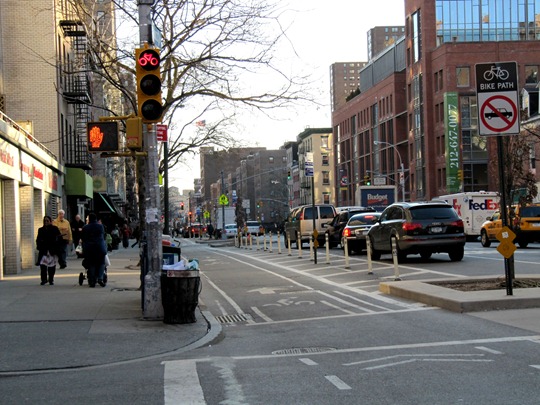 Sadly, slapping down paint doesn’t prevent automobiles from using bike lanes for temporary parking, taxi drop-offs/pickups or parcel deliveries. Anyone who rides a bicycle in North America will encounter these obstructions every single day – forcing bicyclists to merge on to the roadway to avoid these automobiles (or buses).

In Toronto, it’s not uncommon to have to manoeuvre around several buses parked for 5-10 minutes at a time – in a bike lane. Here you can see three buses simultaneously blocking the Strachan Ave bike lane: 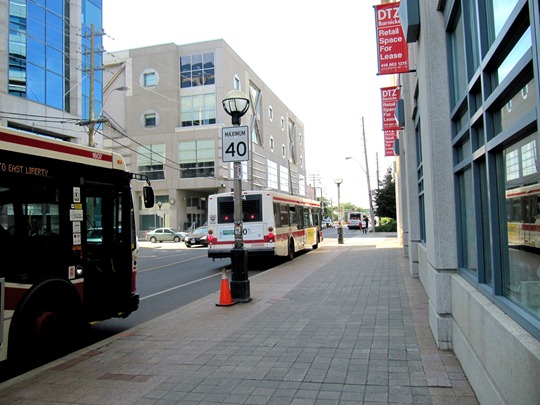 While bicycling around Shanghai, I encountered similar situations where motorists would block the bike lanes. The only difference was that painted bike lanes are very rare in Shanghai. Most bicycle tracks are physically separated, so it is uncommon to be impeded by a motorist.

Here is a Shanghai bike lane on a main arterial road: 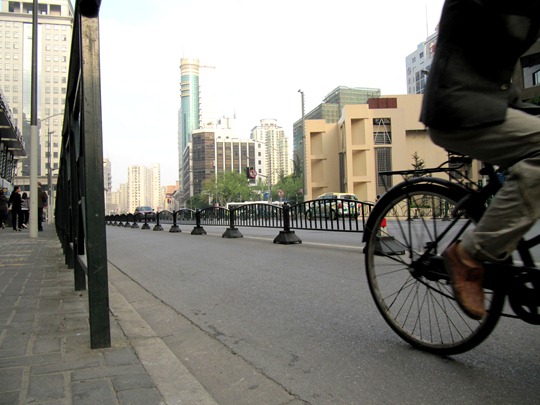 In North America, one man became so frustrated with dodging cars in bike lanes that he started a website called “MyBikeLane.com”. The website allows users to upload photos of offending motorists who are blocking a bike lane. From the MyBikeLane.com website: 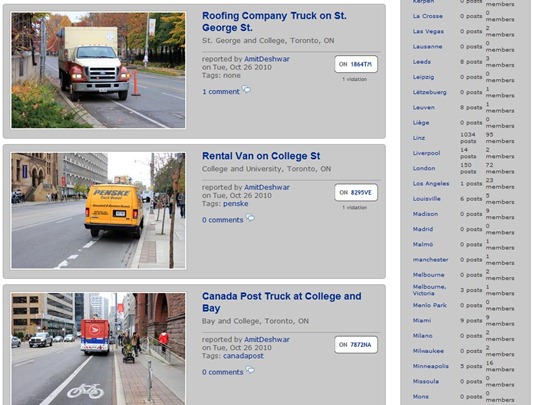 The site shows the license plates of the top offenders for a particular city: 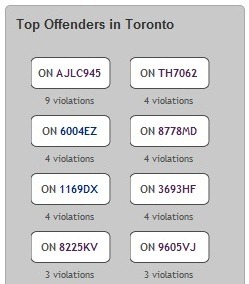 The mere existence of this website is a sad sign for the safety of bicyclists in North America. Preventing automobiles from impeding bicyclists is clearly not high on the priority list for the city’s bylaw officers – nor should it be. Instead, our cities should be building proper infrastructure that prevents this from happening in the first place.

While we will be waiting at least another 4 years in Toronto before we see our *first* proper on-street segregated bicycle track, we will resort to fighting for justice using the power of social networking.